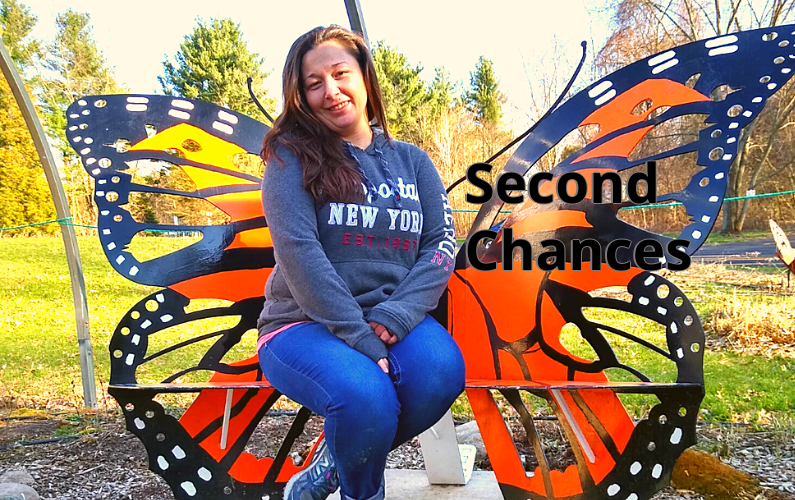 One of our beloved Pearls, Angelina grew up in South Haven, MI. With three sisters and one brother, she was raised by her mother, Sherry, who lives in Grand Junction. Her father, Joseph, passed away this past July. Angelina has a 16-year-old daughter and a son, age 13. Angelina went to church as a child and was baptized when she was a teenager. She turned to drugs after hanging out with the wrong crowd, thinking it was cool and normal to party. At age 15 she became addicted to alcohol, later turning to harder drugs. At age 26, addicted to methamphetamine, she became involved in criminal activity and was arrested several times. During her jail stay she would seek God and ask for help, but did not maintain a true relationship with Him. She came to the Wings of God in 2016 and stayed nine months, successfully complying with program requirements. However, she did not fully commit to living a Christian lifestyle. After she left the WOG home, she was arrested and convicted of two charges that led to a one-year prison sentence in 2019. She spent her time in prison thinking about where her life would be after release and knew she had to change. She resolved to stay clean, pursue a Christian life, and use her time wisely while in prison, knowing she had tried everything except to fully commit her life to God.

Angelina contacted Wings of God and asked for a second chance, was accepted, and arrived from prison on February 13, 2020. She says her stay this time is different because she feels a connection to God, has a true relationship with Him, and a sense of peace she hasn’t had before. On July 9th, she accepted a leadership role at the Wings of God as Resident Assistant. Angelia is a role model for new residents and is the leader of the house when the staff isn’t present. Becoming a better person, paying off debt and graduating from the Wings of God program are her goals. Her desire is to remain in close contact with Wings of God and live at the WOG Next Step House. Since she loves numbers and math, Angelina would eventually like to go to college for business in accounting. Her greatest aspirations are to follow and serve the Lord while maintaining a sober lifestyle as she becomes the woman God has created her to be.

Take a moment and look around our website – learn more about Wings of God and how you can get involved. Wings of God Home Page